The valve body has a valve core acting on the one-way valve, and the inner hole of the valve is closed by a valve cap from the outside to prevent the inner hole of the main body from being clogged and the inner tube leaking. For the valve cap of the metal valve, the wrench can be screwed in and out of the valve core. In addition, the metal type, the valve is also equipped with a bridge pad and a compression nut to improve the bonding strength of the inner tube and the valve. This requires that the bridge pad should be checked for looseness during use and maintenance, and the compression nut should be tightened as appropriate so that the compression nut is often tightened. 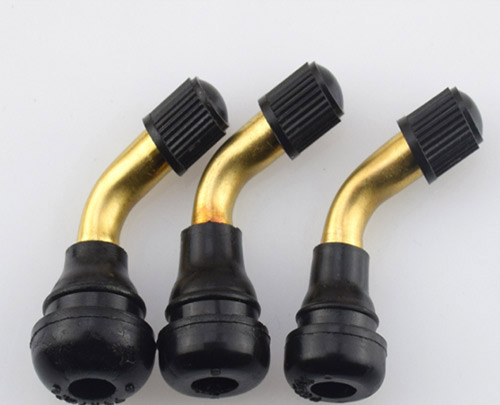 When the valve is in use, it should be equipped with a valve cap, so that each valve is worn with a “cap” to prevent mud, sand and dust from entering the top of the valve, which makes the valve difficult to disassemble. In addition, check the static condition of the valve. The top of the valve should not rub against the rim to avoid friction with each other during driving, causing damage to the thread on the valve cap or valve. Also prevent the valve from being scratched or scratched during use, to prevent the valve from falling off or the inner tube tearing due to the phenomenon of hanging. In the use, the valve must be inspected and maintained frequently to ensure reliable operation of the valve and prolong its service life.

Method of checking the tightness between the valve and the base

The process of this method is very simple, that is, directly increase the pressure inside the tire, when the pressure reaches a certain level, stop the pressure, as long as the pressure can not be reduced within a certain period of time is in line with the requirements of sealing, and vice versa. There is a problem.

This method is also relatively simple, that is, after the valve and other components are installed, a certain amount of kerosene is poured into the passage of the intake and exhaust. If there is no leakage from the inside of the valve within a certain period of time, it means that the sealing effect of the valve is ok. If it is not required, it is ready to be thrown away.